The following paintings by Willem Hussem are for sale 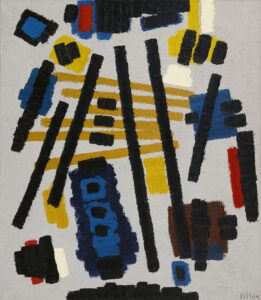 After wrapping up his education at the Academy in The Hague, Willem Hussem moved to Frankrijk for a couple of years. In 1936, he returned to The Netherlands. His Hague years, short before as well as during WWII, were of great importance to Hussem’s development as an artist. It was during this period that he first made non-figurative paintings, setting the first steps on his definitive path as an artist. In 1952 and 1955, Hussem was awarded the Jacob Maris-prize for his paintings, and in 1958 for his drawings. During the winter of his career, Hussem’s works are defined by the use of lines, strokes, colours and structures. A simple and strong idiom of shapes and forms. 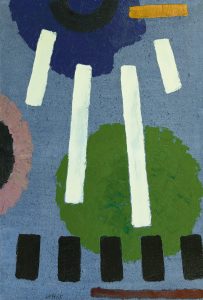 Composition against a blue background » 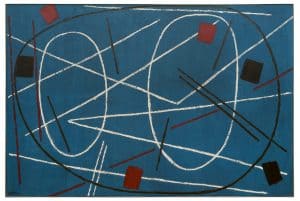 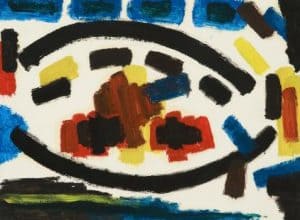 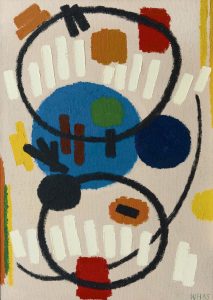 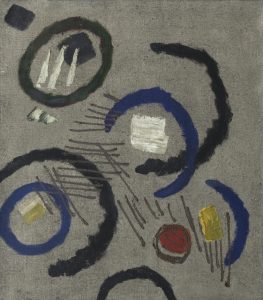 Composition with red, green and black »