The following paintings by Robert Zandvliet are for sale 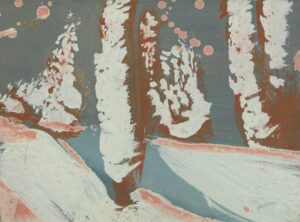 Robert Zandvliet (1970) was born in the Frisian village of Terband. Born the son of a farmer, he’d never visited any museums in his youth, before joining the Christian Academy of the Arts in Zwolle. Robert Zandvliet himself declared that, in retrospect, gave him the opportunity to work uninhibitedly and freely. In 1994, upon graduation from De Ateliers in Amsterdam, Rudi Fuchs (then head of the Stedelijk Museum) invited him to do a solo-exhibition. Robert Zandvliet, at the time 25 years old, politely declined. His reasoning for forgoing was that he felt he was still developing and growing into his talents. In 2001, he felt ready and accepted to exhibit an overview.

Thus, his name and fame consistently grew, and Zandvliet since exposed in a number of international museums (e.g. New York, Strasbourg, Luzerne, Vienna and Bonn).  With those under his belt, he has entered the realm of the select few of Dutch artist, who have an internationally successful career.

Early on, Robert Zandvliet developed an entirely personal style and technique, by working with egg-tempera. Hij mixes his own paints by adding yolks, oil, pigments and water. As tempera is a very quick-drying medium, it allowes him to add layer upon layer, without losing transparancy. It also forces him to work fast and with confidence, as tempera is quite unforgiving.

Robert Zandvliet usually spreads his works out on the floor, to prevent the paint from dripping. The broad brushstrokes, in patterns, evoque all sorts of associations. He creates landscapelike elements in those broad paintstrokes. The subjects are usually quite straightforward; airplane windows, rear-view mirrors, television screens or even bobby pins.

Even though, his abstract works are an experience one should undergo without prejudice or wanting to define the associations, there’s generally a link with reality. Zandvliet himself referres to his series of colourful strokes as the ‘highway’-series, as it looks like a roadmap.

In his non-figurative works, Robert Zandvliet creates this almost Willem de Kooning-like spaciality, dictated by colour and form. Never completely abstract though, as there’s always a link with the figurative.

Robert Zandvliet once stated in an interview: ‘People have this tendency of wanting to interpret, thinking that if they know all there is to know about the artist, it will help them understand the painting. But my persona, my toiling or troubles, have no relevancy there. It will not change the painting. All that extra information is nothing but clutter to one’s perception. And it is in that light I refrain from naming my works, as it undoubtedly will change they way you perceive and experience. Any added anecdote, in fact impairs the painting.” 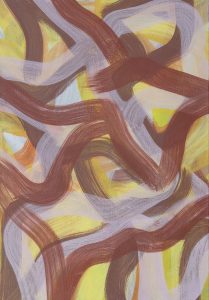 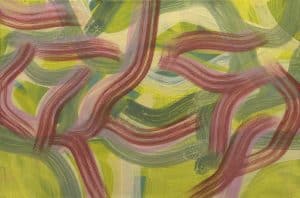 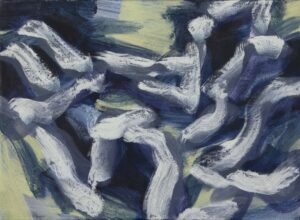 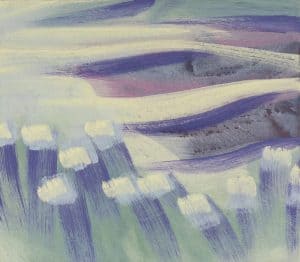