The following paintings by Jan Wiegers are for sale 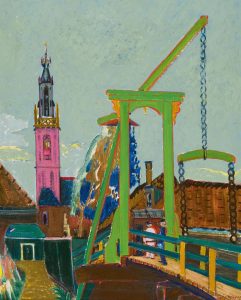 Figures on the Kwakelbrurg, Edam »

Jan Wiegers, painter, is deeply rooted in the Groningen art scene. In 1918, he, together with Jan Altink and Johan Dijkstra, was the driving force behind the foundation of the artist movement of De Ploeg [The Plough], the Groningen art collective of musicians, writers, but above all, painters who viewed the modern world with a fresh gaze. De Ploeg wanted to shake the established art climate of the northern Netherlands. Hence the chosen name; a plough to crack and turn the solidified soil.

In 1920 – two years after the conception of De Ploeg – Jan Wiegers was suffering from TBC and was sent to Davos, Switzerland for sanatorium treatment. There he came into contact with Ernst Ludwig Kirchner, the famous artist and standard bearer of German expressionism. The two became good friends and Wiegers was heavily impacted by the force of Kirchner’s work. Wiegers own palette underwent changes and the colorite became much brighter and more colourful. Wiegers new style rubs off on the rest of De Ploeg, and changes they way they work as a whole.

Jan Wiegers is a multifaceted artist. He’s extremely productive and versatile, and he cannot be categorized; he produces landscapes, cityscapes, still-lifes and nudes, portraits and interiors. Apart from painting, Wiegers is an avid graphic artist, producing countless etchings, lithographics and woodcuts, as well as a multitude of drawings. His work decreased in popularity after his death, but is now more wanted than ever. Jan Wiegers is one of the most important expressionists of the Netherlands. A true pioneer of Modernism. 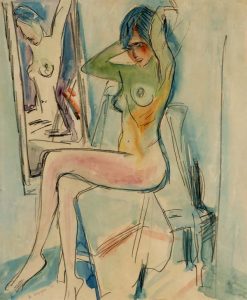 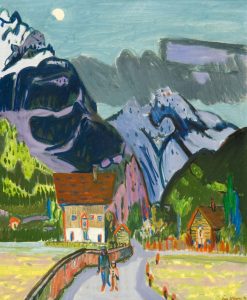 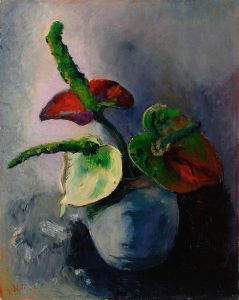 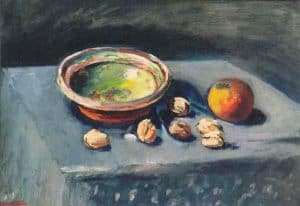 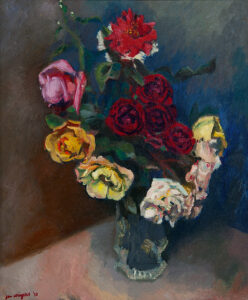 Roses in a vase » 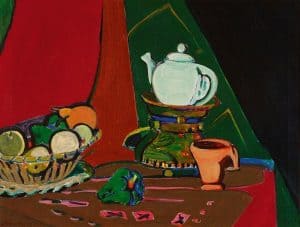 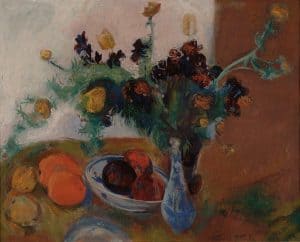 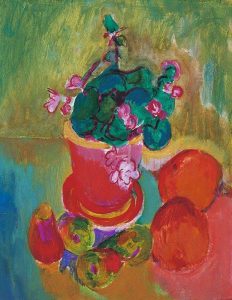 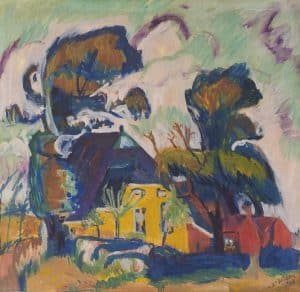 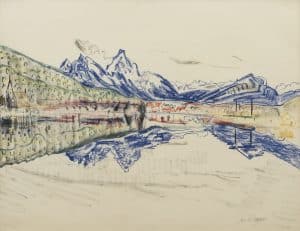 Arth-Goldau and the Zugersee, Switzerland » 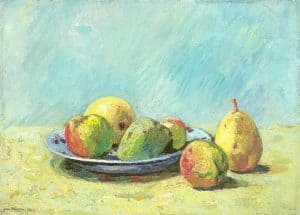