The following paintings by Johan Barthold Jongkind are for sale 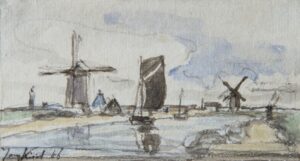 He was taught by Andreas Schelfhout, the famous painter of Dutch waterscapes and skies, mills, and ships, at the school of art (Tekenakademie) in The Hague. Schelfhout immediately recognized the young Johan’s talent, and sent him to Paris with a royal stipend.

Almost immediately, Jongkind felt right at home among the cultural elite of the French capital. His entourage included influential art critic Charles Baudelaire, and he was friends with artists of no less note than Rousseau and Corot. In Paris, Jongkind was an apprentice to French artist Eugène Isabey. Influenced by his new teacher and his new life in the City of Light, his romantic brushstroke became looser. His colour palette also became lighter, less grey.

Johan Barthold Jongkind was well known for his joie de vivre. Perhaps he even lived a little too exuberantly. Despite his severe struggles with alcoholism, he exhibited his works for the first time at the prestigious Salon de Paris in 1848. His work was well received by influential critics, but when the Salon overlooked him seven years later, he returned to the Netherlands disillusioned.

But he continued to heed the call of France. In Normandy, he met a young Claude Monet. Jongkind was incredibly impressed by Monet’s style, especially his skies, moonlit nights, and Seine River scenes. Every day they ventured out together to paint in the open air. Both men felt a strong kinship with each other.

Other impressionists admired Jongkind especially for his use of bright and light colours. He particularly excelled in painting reflections on the water. Outdoor ice skating and other winter pastimes of traditional life in the Netherlands have always been a source of inspiration for Dutch artists. The same is true of Johan Barthold Jongkind; charming winter scenes were a favourite subject of his. Although he settled permanently in France in April 1860, he continued to paint typically Dutch landscapes for the rest of his life.

Despite his professional success, his personal life was a constant struggle due to his alcohol addiction and depression. His state of mind continued to be precarious. In 1891, at the age of 71, Jongkind died in a psychiatric institution in La Côte Sainte-André, in south-eastern France. In France he was highly regarded during his lifetime; in the Netherlands, he only received recognition in the twentieth century. 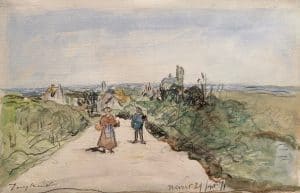 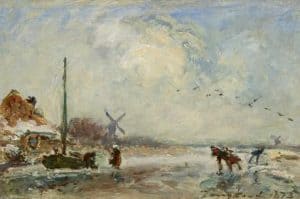 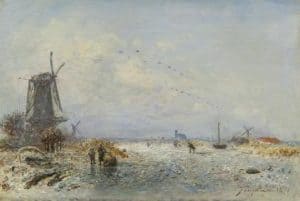 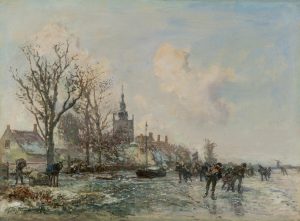 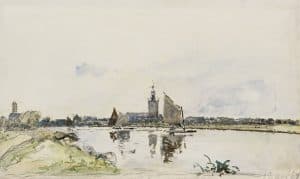