The following paintings by Hendrik Johannes Weissenbruch are for sale 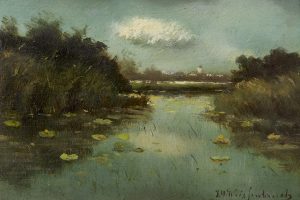 A Dutch lake view with a village in the horizon » 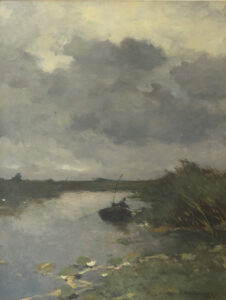 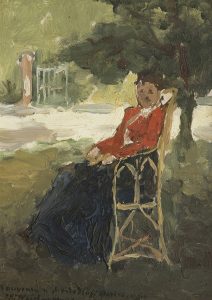 Woman in a sunny garden in Barbizon »

Hendrik Johannes (J.H.) Weissenbruch (1824) painted the Dutch landscape. He was the undisputed master of clouds, which were characterized by a remarkable freshness. He did not shy away from using – as contemporary artist Robert Zandvliet put it – ‘clean-pants white’, which he used to create light in his work. J.H. Weissenbruch hailed from a family of artists, a number of whom were very gifted. Works by Schelfhout and Van Hove adorned the walls of his childhood home. He was a cheerful and popular man and artist, and was known at Pulchri Studio and by Vincent van Gogh, for example, as the ‘Vrolijke Weis’ (Cheerful Weis).

The path to the Hague School

Jan Hendrik Weissenbruch’s transformation into one of the most influential artists of the Hague School was a very gradual one. In the 1840s he was taught by the now almost forgotten Johannes Löw, a painter from Gelderland, and Bartholomeus Johannes van Hove, scenographer and painter of The Hague cityscapes. It is often thought that Andreas Schelfhout – an authority on landscapes at that time – had a hand in Weissenbruch’s training, but following the advice of his friend Bosboom, he chose to pursue his own path.
Initially, Weissenbruch’s paintings were very much in the romantic style; the influence of Ruysdael, Van Hove, and Schelfhout is quite unmistakeable. The light pastel-coloured golden yellows, the wide and captivating panoramas, with lush trees under high skies. However, this later made way for fresh Dutch skies, such as those after a refreshing downpour. What he previously sought to explore in panoramas, he now discovered in focused depictions of the expansive Dutch polder landscape with its rivers, canals, and ditches. During the 1880s he gained public recognition with his landscape impressions dominated by space, light, and sky.

Weissenbruch was a passionate watercolourist. In 1866 he became a member of the Société Belge des Aquarellistes in Brussels, and in 1876 of its counterpart in The Hague, the Hollandsche Teekenmaatschappij. Both associations sought to promote the recognition of watercolour as a work of art in its own right by organizing annual exhibitions at which people could buy watercolour paintings. To a large extent, Jan Hendrik Weissenbruch had these exhibitions to thank for the tremendous popularity of his watercolours from the 1880s onwards. Critics praised the smoothness, insouciance, and elation that they seemed to display. However, nothing could be further from the truth. Weissenbruch often toiled endlessly with his watercolours. He would sometimes keep them in his portfolio for a long time so that he could continue working on them later. This habit, and the fact that he rarely dated his work, makes it difficult to produce a chronology of his work.

The discovery of Noorden

Initially, Jan Hendrik Weissenbruch only painted the surroundings of The Hague, Haarlem, and Arnhem. From the 1860s onwards he turned his attention to landscapes near Boskoop, Gouda, Delft, and Schiedam. After 1875, the artist often spent time in the company of other painters of the Hague School in the wetlands of the Nieuwkoopse Plassen and Noorden. It was here that he found everything that he had spent so long searching for; for Weissenbruch, Noorden felt like coming home. Towards the end of his life he also spent a lot of time in Houten in the province of Limburg.

Until 1900, Weissenbruch had never left the country. In 1900, at the age of 76, he picked up the courage to do so and visited the village of Barbizon in France, home to the greats of the school of the same name, such as Jean-François Millet. J.H. Weissenbruch’s works are on display in many museums, including the Gemeentemuseum Den Haag, the Rijksmuseum, the Dordrechts Museum, Museum de Fundatie, Boymans van Beuningen, and many others. 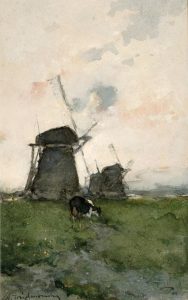 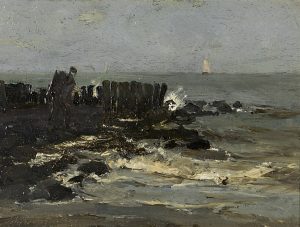 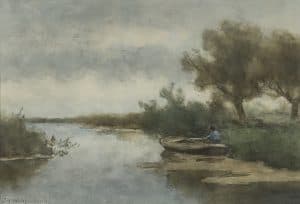 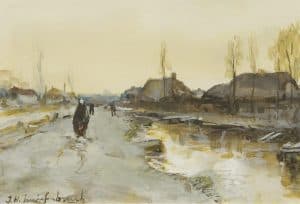 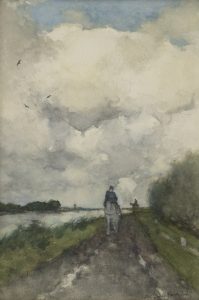 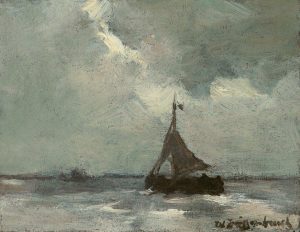 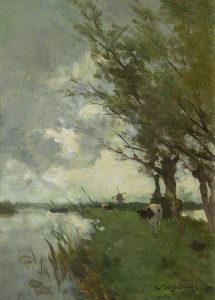 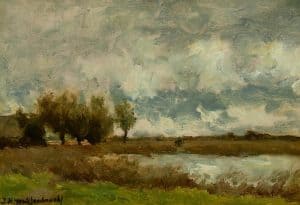 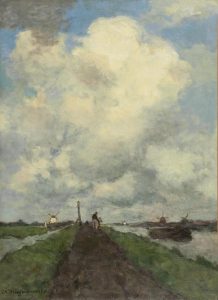 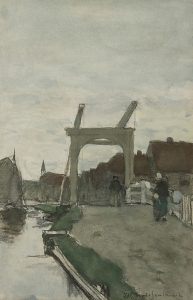 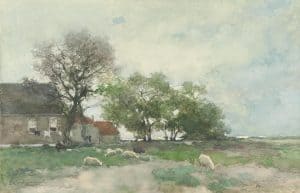 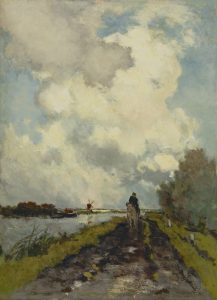 Rider on a towpath near Noorden » 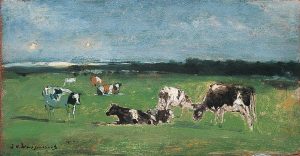 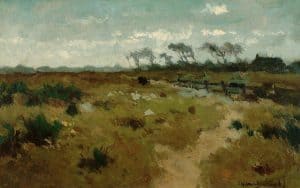 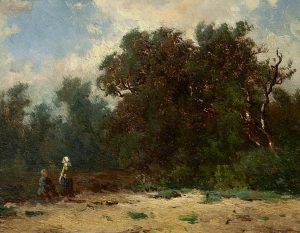 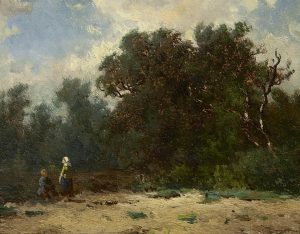 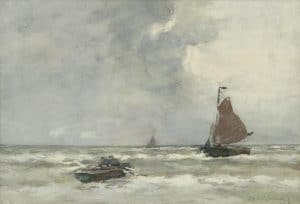 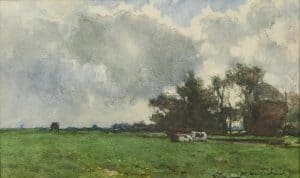 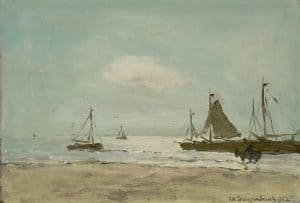 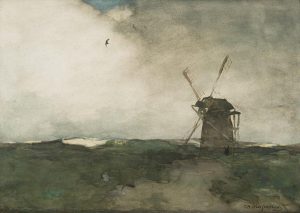