George Hendrik Breitner was a stubborn man. He did everything he could to convince his parents that he had the potential to be a good painter. During his studies he drew war scenes, soldiers, and horses, and he then went on to work in Willem Maris’ studio. It did not take long for him to establish a name for himself through his equestrian studies. His brushstroke evolved; Thijs Maris described it as being ‘more and more like Jaap’s’ [Jacob Maris, ed.]. In 1880, Mesdag contacted George Breitner to collaborate on his Panorama Mesdag. It was also during this time that George Breitner travelled with Vincent van Gogh to paint. They saw themselves as painters of the people, of everyday things. In Breitner’s case, this was reflected in his choice of pallet – one which was dominated by grey tones; the same cannot be said of Vincent van Gogh. But that does not mean that he did not use colour.

In 1884 Breitner left for Paris. The city moved him; he became a different person, a different painter. After his time in Paris, he settled in Amsterdam, where he remained until his death. His brushstroke was broad and powerful. He was very successful and even sold his painting The Yellow Riders (1885-1886) to the Rijksmuseum when he was just 28 years of age. That was rather an exceptional achievement; even his colleagues and contemporaries Anton Mauve and the Maris brothers had not yet achieved such an accomplishment.
George Breitner often worked with regular models, as can be seen in his Japanese series. Geesje Kwak, who he used for his painting The earring, was one of his favourites. Though their relationship was not a romantic one; he reserved romance for his muse, Marie Jordan, whom he married in 1901. He also photographed his models, which helped him to preserve the spontaneous character of his work.

He started to devote more and more attention to photography; he was a true city photographer. His images are full of activity, which clearly continues out of shot. Snapshots of moments in time. This attracted both praise and criticism; photography was considered a form of cheating – something which George Breitner contested fiercely. The photographs helped him to portray details that he would otherwise have forgotten. He often used a low point of view, which offered him a different perspective – with high horizons and skies – which he would not have been able to do as a painter.

Painter of city life in Amsterdam

Breitner’s paintings evolved and became more traditional in character, partly due to his financial situation. George Breitner was a painter who followed his own compass, in the place he loved so much: Amsterdam. It was here that he created his most famous pieces, establishing him as the leading depicter of everyday life in Amsterdam. George Hendrik Breitner is regarded as the foremost representative of Dutch Impressionism. His work is on display in various museums, such as the Teylers Museum, the Centraal Museum, the Rijksmuseum, the Dordrechts Museum, and many others

Currently we don't have paintings by George Hendrik Breitner in our collection.
View current collection » 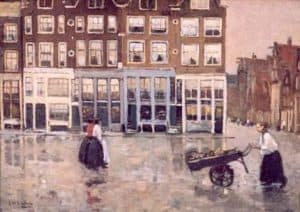 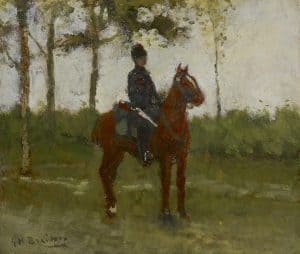 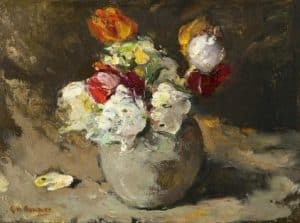 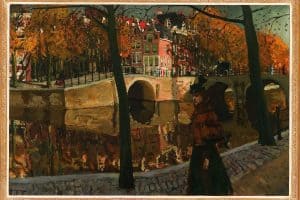 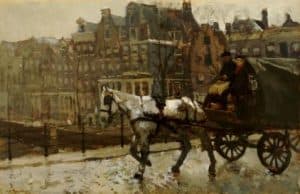 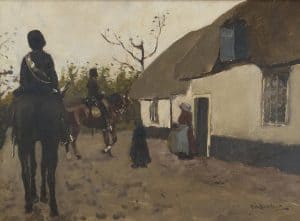