The following paintings by Karel Appel are for sale 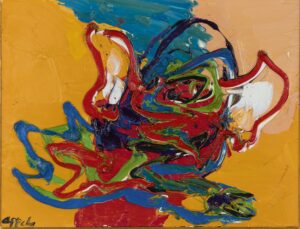 Karel Appel wished to develop as a painter during the war, but the suffocating rules of the established ‘Kulturkammer’ by the Germans made that the Dutch cultural life virtually stood still. After the liberation Karel Appel absorbed the latest developments in international painting as quickly as possible. Karel Appel discovered the painters of the Ecole de Paris. Painters such as Picasso and Matisse appealed to Karel Appel, the expressive work of the German Expressionists and Van Gogh as well.

The young Karel Appel absorbed all the impressions rapidly. The work of children, the mentally ill and primitives proved to be a major source of inspiration for Karel Appel. Fantasy figures and creatures appeared in the paintings of Karel Appel, as an expression of childlike experience of reality. Together with painters like Corneille and Constant, Karel Appel founded the Dutch experimental group, which would later merge into COBRA.

At the moment we do not have any work by Karel Appel in our collection. 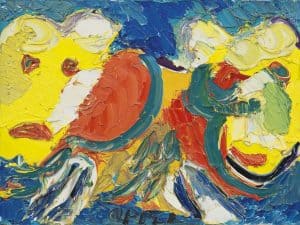 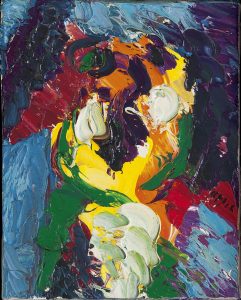 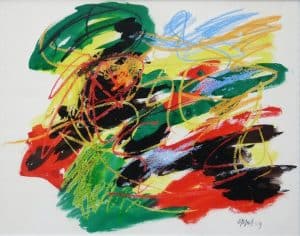 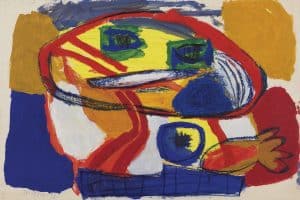 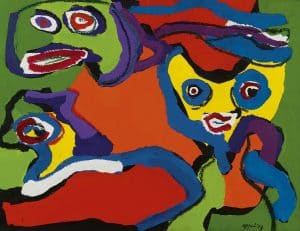