The following paintings by Johannes Evert Hendrik Akkeringa are for sale 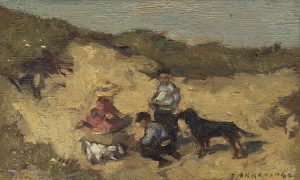 Playing in the dunes » 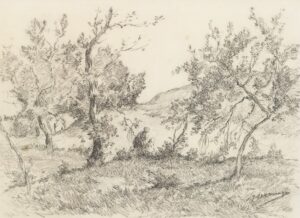 Two girls in the dunes »

Johannes Evert Hendrik Akkeringa (1861-1942) is known for his beautiful flower still lifes, dune and beach views with children and tea gardens. Johannes Akkeringa, born in the Dutch East Indies, was the son of a Dutch father and Indian mother. When Akkeringa was two years old, his father died suddenly from Typhus. His aunt took Akkeringa to the Netherlands.

Johannes Evert Hendrik Akkeringa enrolled at the Hague Academy at the age of seventeen. This painting training offered him the opportunity to master the painting profession. He painted after a plaster model and was trained in perspective drawing. In 1887, Johannes Evert Hendrik Akkeringa was awarded a royal grant and participated for the first time in the exhibition for living masters in The Hague. He was also admitted to the Hague painters’ association Pulchri Studio and Arti en Amicitiae (Amsterdam). Here Akkeringa was able to show his work to a wide audience and come into contact with potential buyers.

After the academic period, Johannes Akkeringa settled in Loosduinen. He made landscapes, children playing on the beach or net sculptors in the dunes. They are almost always light performances with carefree entertainment. His use of color was mostly cheerful. Sometimes Akkeringa painted outside directly on the canvas, but often he worked out his ‘en plein air’ sketches in the studio. His painting style can best be described as moderate impressionist, it moved between the painters of the Hague School and the Amsterdam Impressionists. Akkeringa would live most of his life in The Hague, but moved there several times.

In addition to landscapes, Johannes Evert Hendrik Akkeringa was very successful with his flower still lifes. Akkeringa preferred to paint snow berries or spray roses, anemones and nasturtiums, whether or not in a ginger jar. These vases were fashionable around 1900 and were imported to Europe in large quantities.

In 1903 Akkeringa concluded a contract with the renowned Amsterdam art dealer Van Wisselingh. He supplied works to Van Wisselingh against payment of a monthly allowance. Through this art stand, his work was also exhibited in Germany, America, Canada and Brazil. A large part of his oeuvre thus ended up in collections abroad.

Johannes Akkeringa’s work can be found in the Rijksmuseum, Gemeentemuseum Den Haag and the Dordrechts Museum. 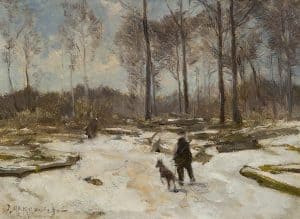 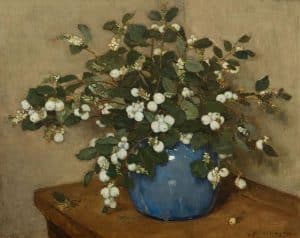 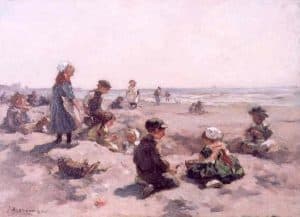 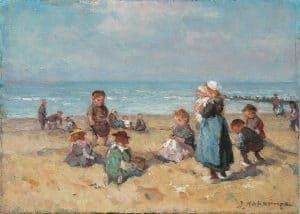 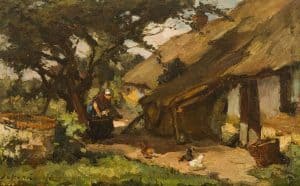 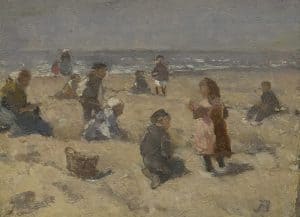 Childeren playing on the beach » 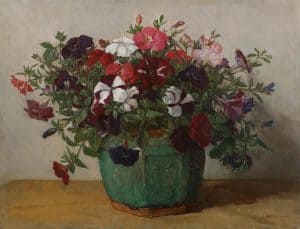 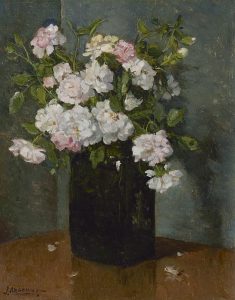 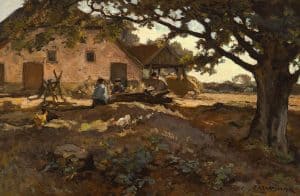 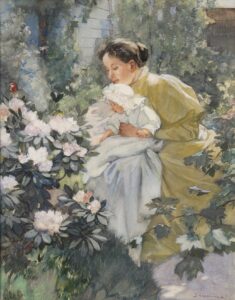 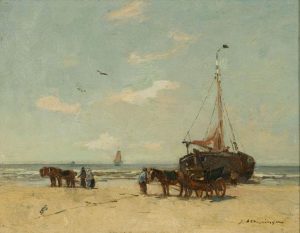 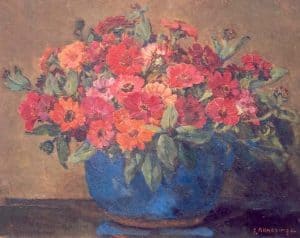 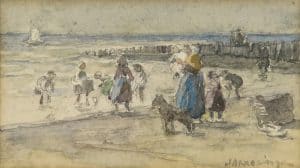 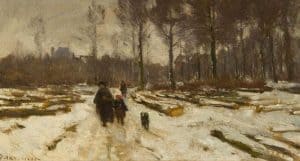 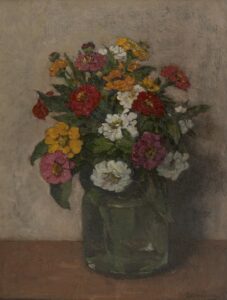 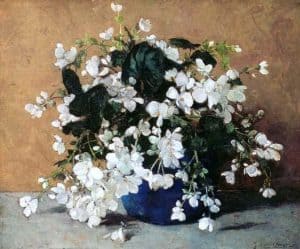 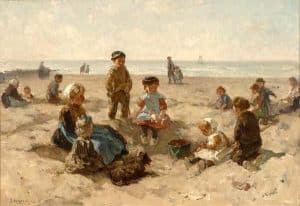 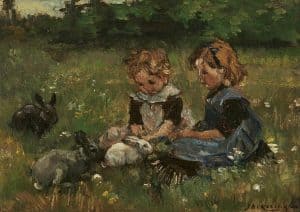 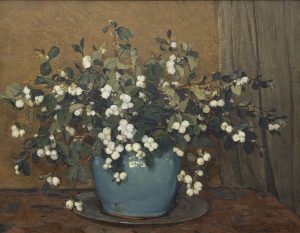 Snowberries in a ginger jar »